Time for some GPz love! This stunning 1982 GPz 1100 is what a GPz is all about! The more sport bike evolution of the Z1. More 'GP' than 'z', as the nameplate signifies.

The GPz line was truly the one of the first full fledged Kawasaki production Sport bike.

Thank you for sharing with us your beautiful GPz 1100 Brain!

This section of KZrider.com is dedicated to technical information on the Kawasaki Z / KZ series. Here you'll find everything from stock photos and wiring diagrams to test articles and brochures. We're also putting together a complete model history loaded with specs and pictures.

Please drop us a line if you have information or documents you want us to publish. 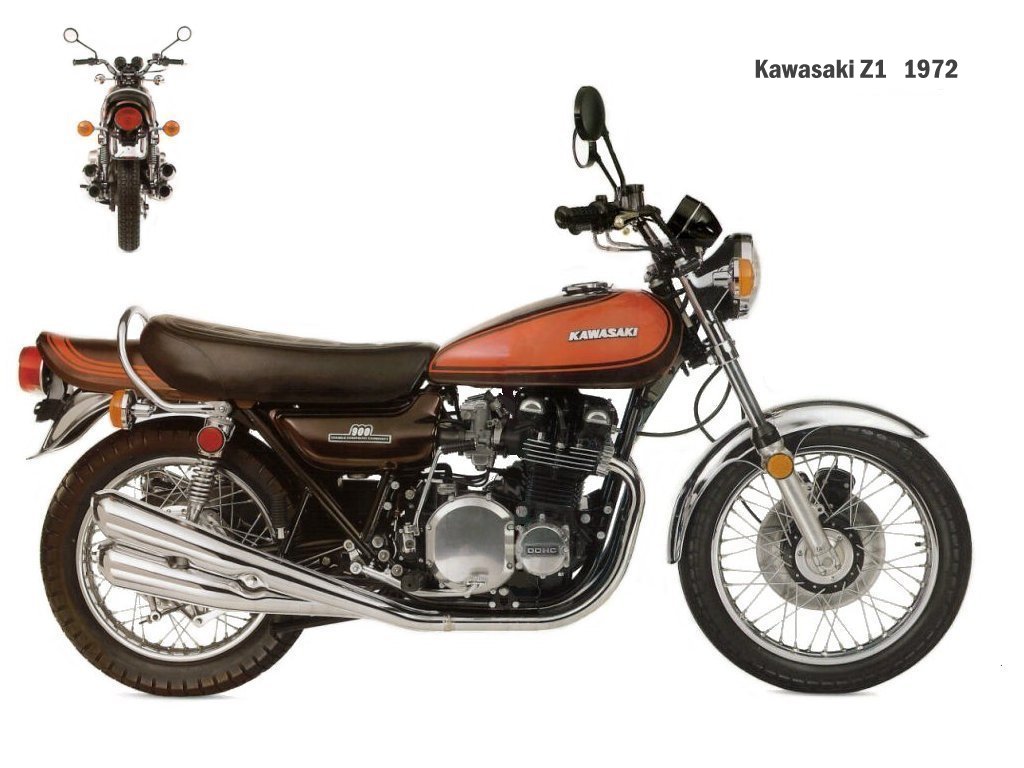 This section of KZrider.com features the history, background, and spesifications of the different Kawasaki Z1 models. Use the links below to navigate.

Model year - much like the automotive industry, the motorcycle model year does NOT follow the calendar year. With the exception of the prototypes and very early production bikes, the Z1 production started in earnest in July 1972. The last of the 1973 Z1's was produced in July 1973. The first 2200 Z1's produced were considered 1972 bikes by the factory - although you will sometimes see an early Z1 advertised as a 1972 bike - being produced in 1972 just means is was one of the first 4,895ï¿½ Z1's produced.

The largest number of Z1's produced in any one month was in November 1974.ï¿½ A total of 3,660 bikes were produced by the factory in Japan - an average of over 120 bikes per day.

Did you know all the Z1's sold in Canada came through the USA first? So they have the USA frame number sticker on the steering head.

KZRider is free, but not without cost.

Please consider chipping in a few bucks to help cover the cost of running the KZR servers.