Most street motorcycle plastic bodywork is made with either Styrene or ABS plastic. Here's a method for repairing these bodywork panels that's effective and inexpensive.


I've repaired any number of motorcycle side covers and fairings over the years. Up until now my stand by material was JB Weld. Even though I knew that it didn’t adhere to any plastics very well.
Today there are many plastic repair epoxies that actually do adhere to a wide range of plastics. My first comment is that: Most of them smell like nerve poison, Seconded quickly by my stumbling on their unit costs. You know that they're exotic chemicals because you're Paying for Exotic Chemicals!!!
I don’t pretend to be a chemical engineer and I’ve never worked in a body shop, but recently I did have a momentary flash of understanding that may make your plastic repair experience less expensive and significantly easier.
For purposes of this discussion, since I’m not an enjuneer, I’d like to divide motorcycle plastics into three crude categories.
1) Black plastic, usually ABS.
2) Chromed plastic, usually a sputtered metallic coating on what I loosely refer to as styrene plastic.
3) Polyethylene plastics, usually used on dirt bikes and personal water craft because they are very flexible and float.

Black or ABS plastic:
Currently I'm repairing a chopped down fairing for my 85 1300. It has several large stress fractures that I think are caused by vibration and flexure. I could see that the PO had applied some sort epoxy filler in futile attempt to reinforce the cracks. His effort failed when the epoxy filler split at the same locations, probably because it was much stiffer than the plastic. I used a wood chisel to split most of the thicker sections of his epoxy off of the plastic and cleaned the area with alcohol. In the past at this point I had usually resorted to fiberglass fabric and JB Weld, which probably would have sufficed this time except that this effort was going to consume way more JB Weld than I had ever used before. I knew that whatever I tried would have to incorporate some sort of fiber reinforcement. I also knew that the plastic was ABS. It took a while but I finally realized that there was no reason why I couldn't use fiberglass fabric for the reinforcement and black ABS pipe cement for the adhesive/resin. It worked great! It’s the perfect combination. Cheap, Fast and Durable! And the results look like they grew that way with no sanding. Probably a good idea to use gloves as ABS cement is toxic and is not easily removed from your hands. You can also use the "universal" cement as long as it says ABS on the can.

Here's the crack before I went after it. 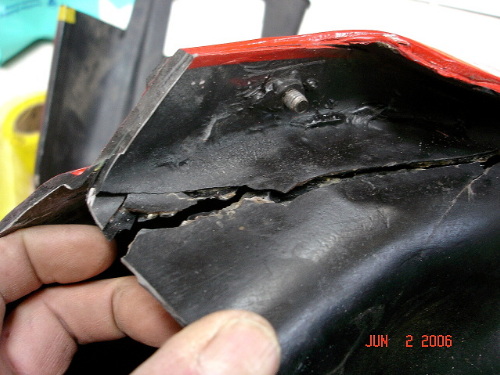 Here it is with the fabric bedded into the glue. 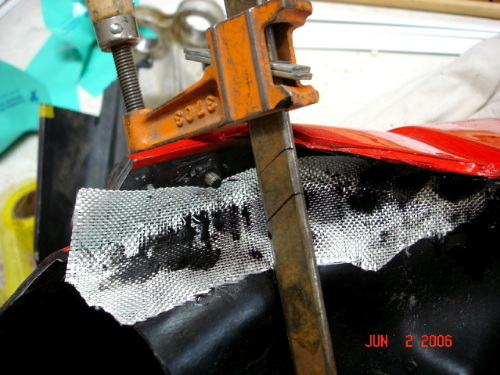 And with a topping coat worked into the fabric. 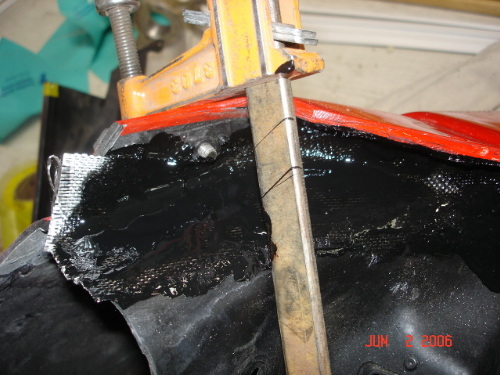 Here's the inside surface. 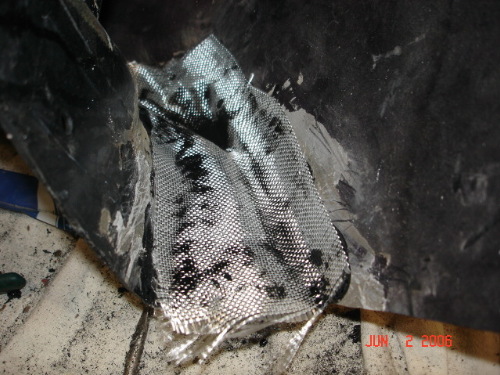 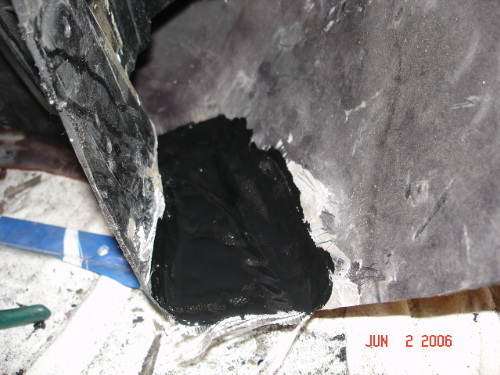 The glue cured up smooth and hard in about an hour.

Chromed plastic, styrenes as far as I need to know.
I’ve repaired styrene plastic with a similar technique. Here is a styrene side cover from my 1300 Voyager that had the lower post broken off. In this first picture I’ve scraped off the chrome covering to expose the cream colored plastic, which I believe is styrene. I cleaned the whole area with denatured alcohol and then used plastic model cement to glue the post back in place. 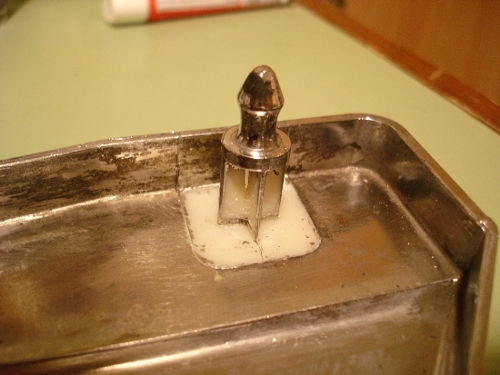 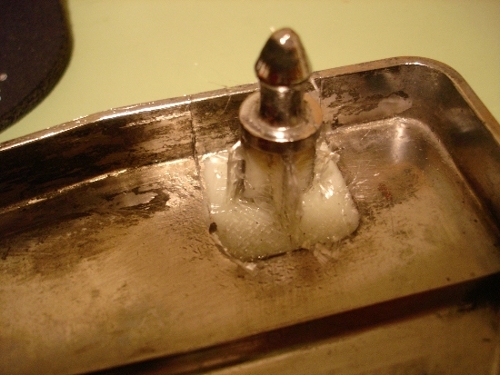 Here’s the post after I’ve trimmed up the glass fabric and applied another coat of model cement. 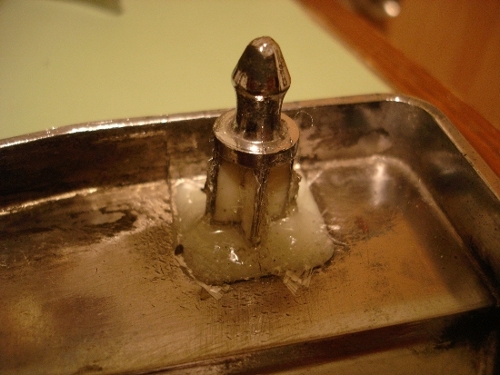 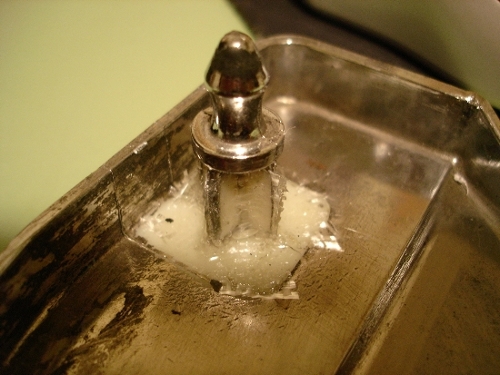 That brings us to the polyethylene’s, the floating plastics, these are really unimportant as they have never been used on KZ’s.